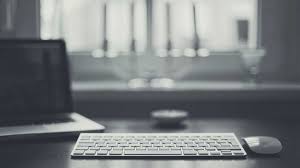 It won’t at all be an exaggeration to state that the world will come to a stop without web developers and designers. Well, of course we’re talking about the world of websites. The moment you go online, you inevitably click on certain links called (URLs) for ferreting out info on a specific topic or for effecting a transaction. Have you ever wondered who’s responsible for creating the sites or pages that reveal almost anything and everything in front of your eyes?

If the Bureau of Labor Statistics is to be believed, the median salary of these professionals was about $63, 490 in the year 2014. The largest chunk of web developers were engaged in information services and computer systems designs. What academic qualifications will you need to have to apply for an opening position as a web developer? The basic qualification that you’ll need to have is a bachelors degree either in information technology or computer science. And to increase your  chances of getting a break, you can do a professional or a job-oriented program in ‘certified web development’, ‘mobile apps development’, and ‘advanced web development’. You’ll be pick up the basics of several programming languages for scripting codes.